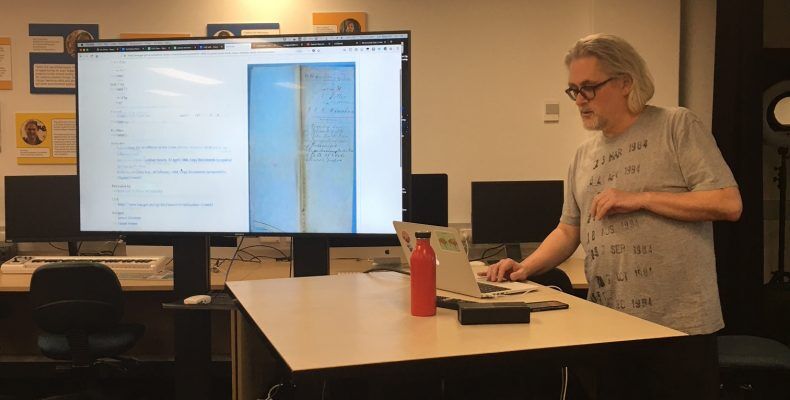 We were privileged to host a workshop facilitated by Associate Professor Tim Sherratt (University of Canberra), when he was in Perth recently to speak at #LODLAM18, a one day Digital Humanities symposium organised by Prof. Erik Champion and held at the Curtin HIVE.

The pre-event Makerspace workshop was entitled “Enriching Historical Narratives with Structured Data” and was centred around Tim’s LODBooks project. As Tim argues, much of the research of historians is focussed on documenting the relationships between people, places, events, and sources, but the data is “squeezed out of publications”. The LODBooks project is “an attempt to put the data back into historical narratives”. There is a LODBook demo site (with the full version of ‘John Minahan’s Homecoming’, written by historian Kate Bagnall, being published perhaps as soon as September). 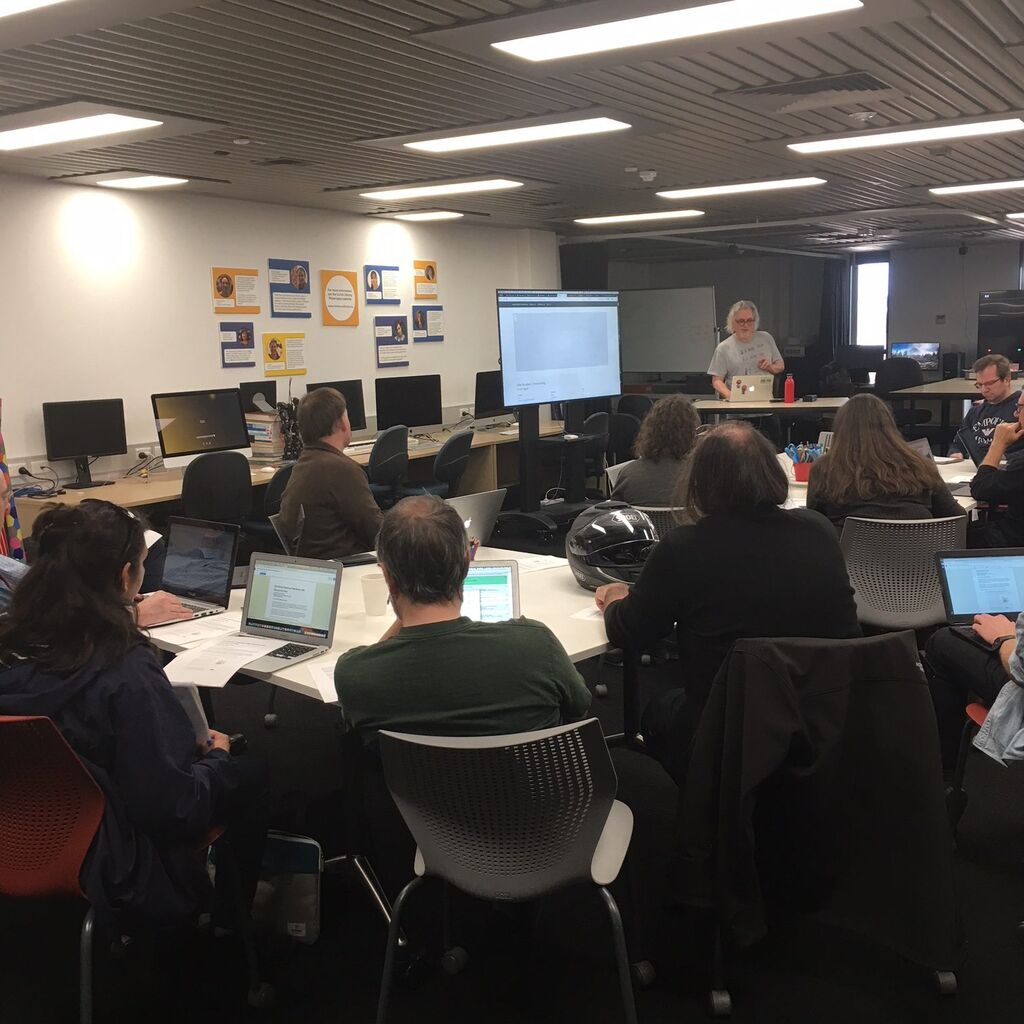 In the workshop we were invited to see “under the hood” of the LODBooks project, before creating our own narrative that embedded information about people, places and organisations as Linked Open Data. We even managed to produce (with Tim doing some code magic) a LODBooks page that had similar features to the demo site.

In the second part of the workshop, Mafkereseb Bekele, one of Prof. Champion’s PhD students, demonstrated how geodata can be used in the Microsoft HoloLens. 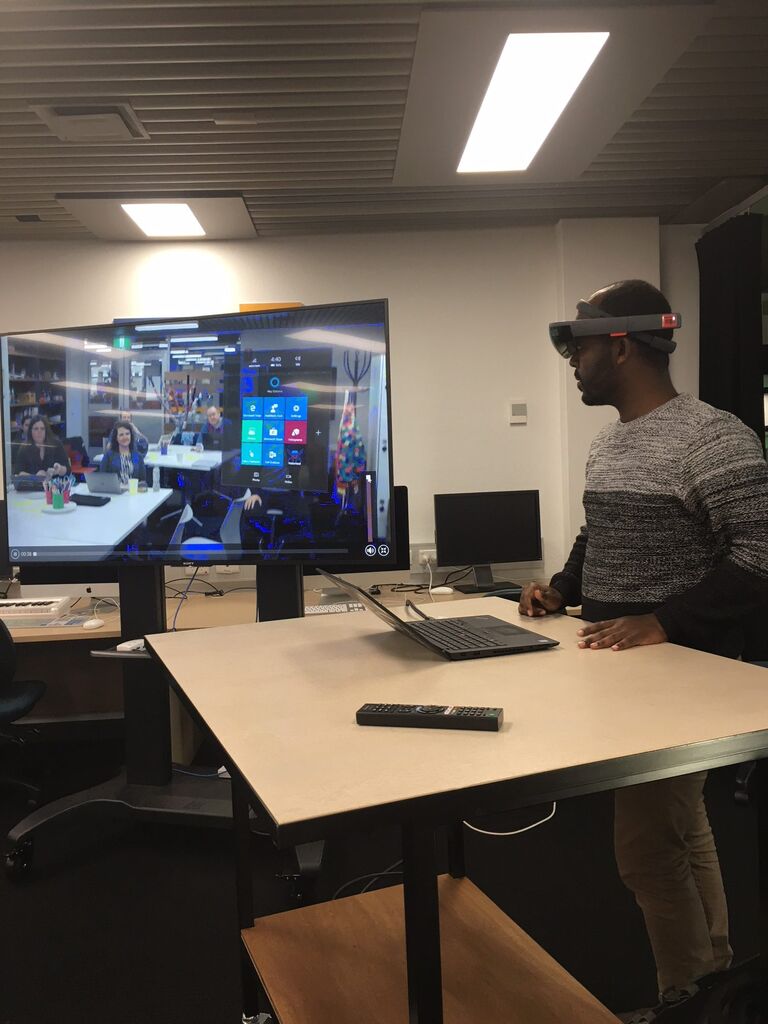 The symposium held the following day, “Landscape Data Art & Models as Linked Open Data” (funded by a Pelagios 2018 [Working Group] grant, looked at a range of mapping and cultural collections projects. One of the themes was how LInked Open Data can create “useful and reusable cultural content and research between humanities, IT and the GLAM sector in Australia”. The speakers (and topics) were:

There were alot of highlights, but one worth mentioning was the delicious lunch at the tavern, which was paid for by Curtin Library.