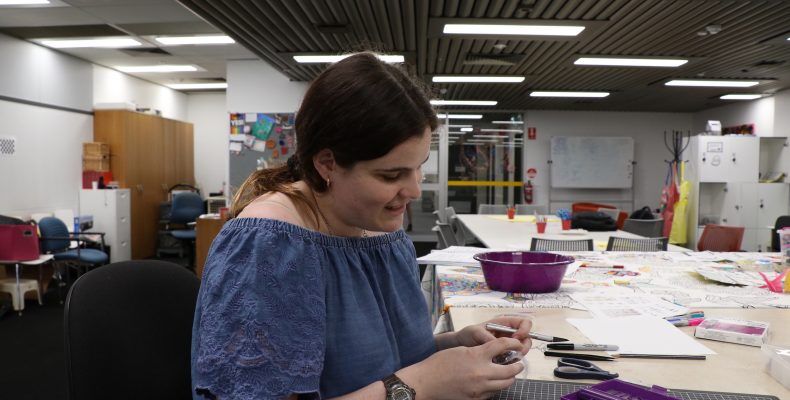 This is the first post of our new series, “Makers of Curtin”. Inspired by Humans of Curtin, we want to capture the stories of people who use the Library Makerspace, in their own words. Our first maker in the series is Occupational Therapy student, Erin Robertson.

I make pretty much whatever, so long as it’s not doing a realistic painting or a portrait! I do paint but I prefer sewing—I’ve been doing that since I was about three, my mum taught me. I learnt to embroider at a holiday program for school kids, and did art at school. I also do a lot of cross stitch.

What are you making today?

Today I’m making a Signet pendant. I am writing a story at the moment, and one of the things that I do is make things that associate to my story. The symbol I am putting in the pendant is the symbol of one of the six territories—Terrezma, which is the orange territory that you can see on the map of my fictional world. So when I write about it, having made the pendant makes it more real. 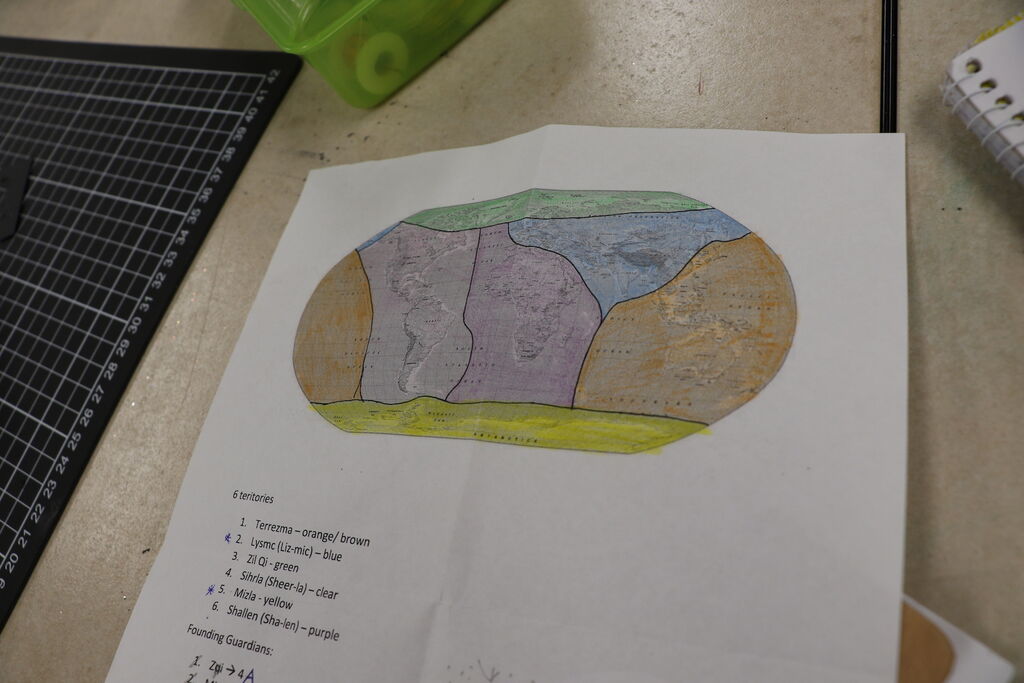 What do you get out of making things?

Making things centres yourself. It’s pretty easy to go through life without taking a second glance at some things. For example with cross stitch you have to focus in on it, and when you’ve decided you’ve had enough of it you get to have a look at the big picture, of what you’ve done, so it’s rewarding in that way. Making also helps you develop resilience, and you learn to problem-solve, which are skills that I can use as an Occupational Therapy student and also in the work place. 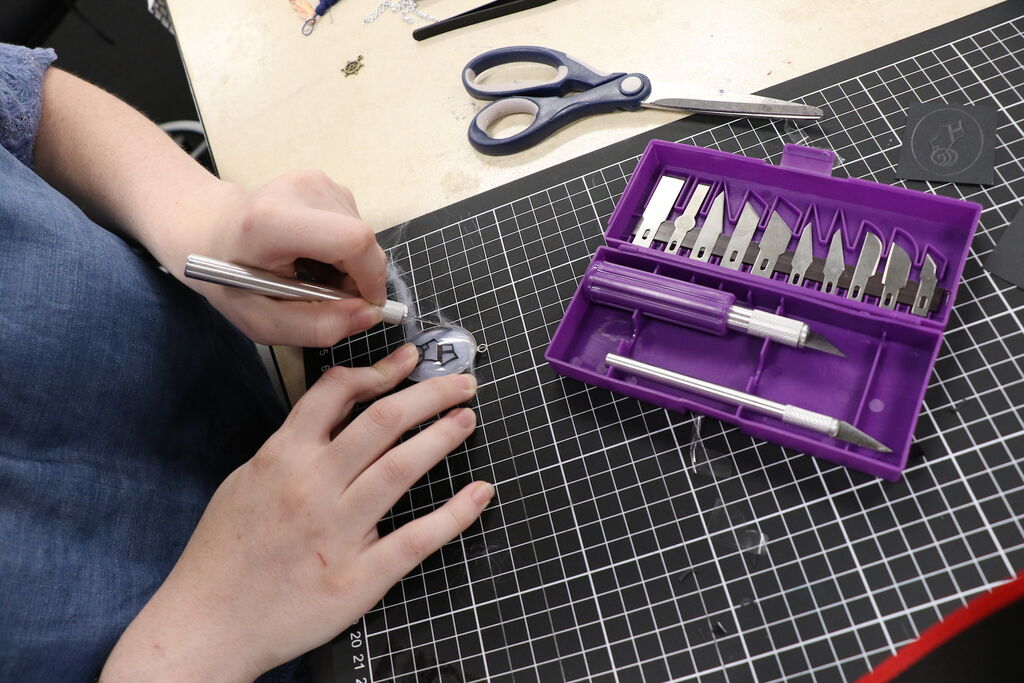 Can you talk a bit about the making process?

Today in the Makerspace I had a look at what was in the boxes, and decided what to do from there. The only preconceived idea I had was the symbol from my story. Some ideas just don’t work with what you want to do, in terms of the medium. I wanted to make the symbol out of wire, but it didn’t work, so I decided to use paper. When you are cutting the delicate areas, that’s definitely a big fear. I cut through a few lines that I wanted to keep. But if you don’t enter with any preconceived ideas of what it is going to look like, then you are never going to be disappointed.

It’s got a bit of a stormy background. It’s something the Guardian of Terrezma would be wearing. It turned out pretty well, I reckon. 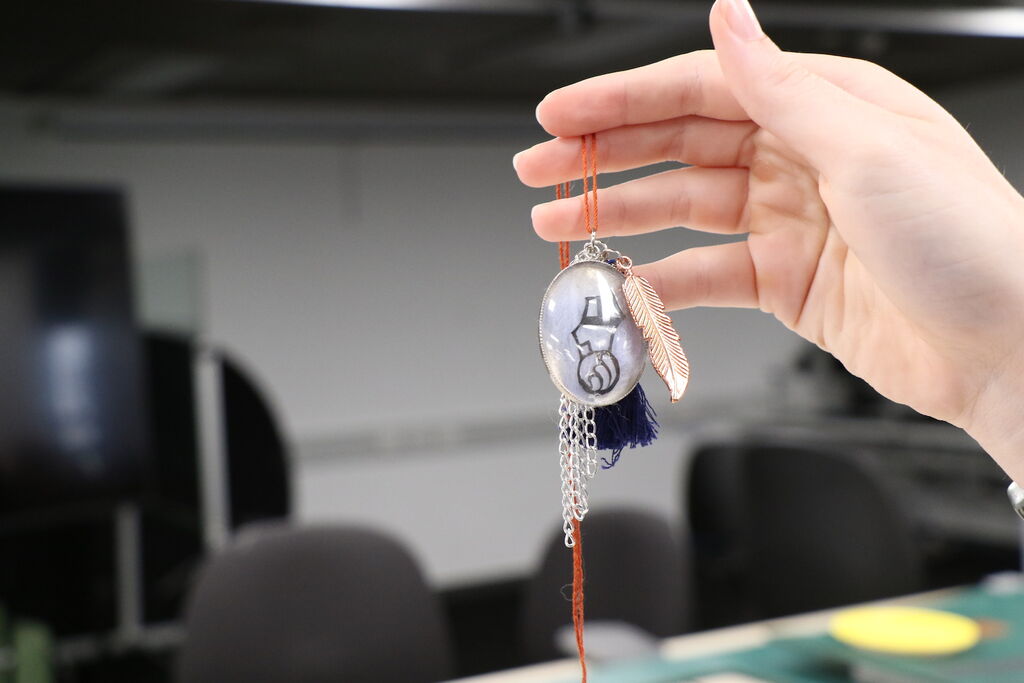 We reckon so, too! Any final comments?

The Makerspace is a really nice hang-out space to meet people and get crafty with them. I’m looking forward to using the Makerspace during the year and attending some workshops. I’d even like to run some workshops if there’s an interest for sewing or something like that. If people see me there they can definitely come and chat with me or ask me if they want help, I don’t bite!

That’s good to know! Thanks Erin!