GO is known as the oldest game in human civilisation, and is also regarded as one of the original art forms in Asian cultures. The ancient game of GO (also known as 围棋 and바둑 or “the surrounding game”) originated in China about 3-4 thousand years ago, and became popular to the West through Japan (where it is known as Igo). This ancient and mystical game has fascinated many players, and has even captivated the attention of Chess champions. GO is also the most popular game in the world, only contested by Chinese chess. In literature, it is often referred as the game of glass beads (Herman Hesse).

Each Wednesday* from 12 pm (*starting 26th April), Dr Silvia Lozeva will join us in the Robertson Library Lounge. Silvia is an academic, researcher, lecturer, devoted life-long GO player, and the founder and director of “Institute 361” – which aims to gamify strategic thinking. We invite you to come and learn how to play GO, or simply to practice with other GO players. If you are already an advanced player, we would love you to teach us!

Silvia has previously written about GO and the ‘conversation of hands’ for The Conversation. In the article, she discusses GO allowing you to “develop oneself and learn” rather than simply being about winning. The other player “is not only your opponent, but also your teacher and friend.”

For some introductory information about the game, you may like to visit Sensei’s Library. Remember, it takes minutes to learn the rules and a lifetime to master it! 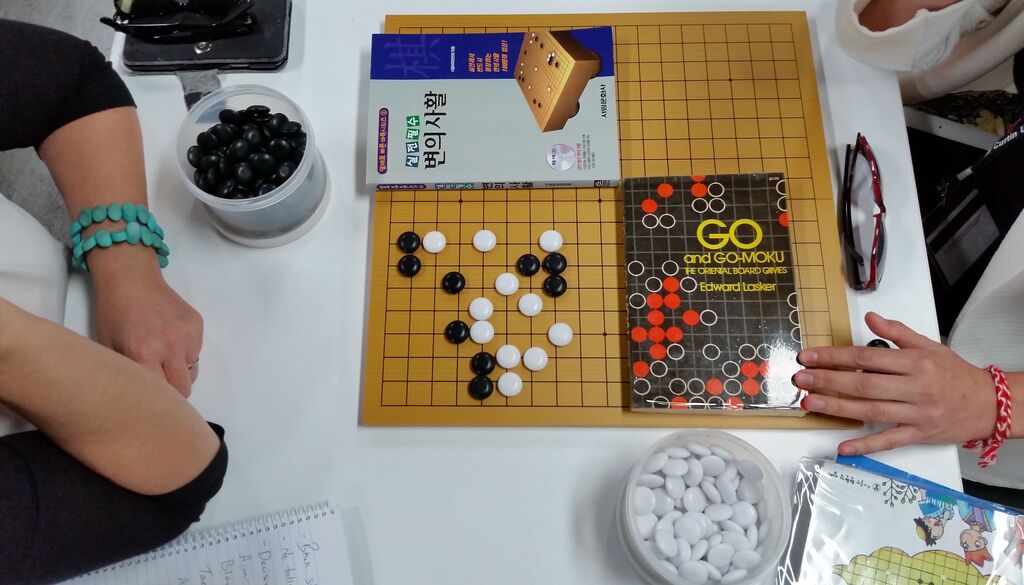