Hacking and Making with Cultural Data

The Curtin Cultural Makathon was a collaborative one-day event between the School of Media, Cultural and Creative Arts, and the Curtin Library makerspace, which brought hackers and makers together to hack cultural datasets and heritage information. The brief was to use government and institutional research data, gallery, library, archive and museum information as data sources to experiment with data to create something accessible or beautiful and/or useful using craft, games, augmented or virtual reality, apps or something else.

We also invited four people to judge the finished projects – Piers Higgs (Director, Gaia Resources), Damian Shepherd, (Acting General Manager SPUR, Landgate), Colin Walker, (Executive Director, Arts and Cultural Development, Dept of Culture and the Arts) and Michele Willson, (Head of School, Media Culture and Creative Arts, Curtin University). They were unanimous in their view that, out of the 5 projects presented at the end of the day, the project entitled “Melody in Chaos” best met the judging criteria of:

Drew Fordham (University Library) and his fellow team member S Zaung Nau (School of Information Systems) created the winning project, a musical piece from networks operations traffic data from Main Roads WA. The 8-minute piece, entitled “A Day in the Life of Stirling Highway” cleverly turned Perth traffic data into music (mapped to a 4 octave C-Major scale!). As the successful entrants, Drew and Nau won the $500 prize for their work at the Curtin Cultural Makathon. 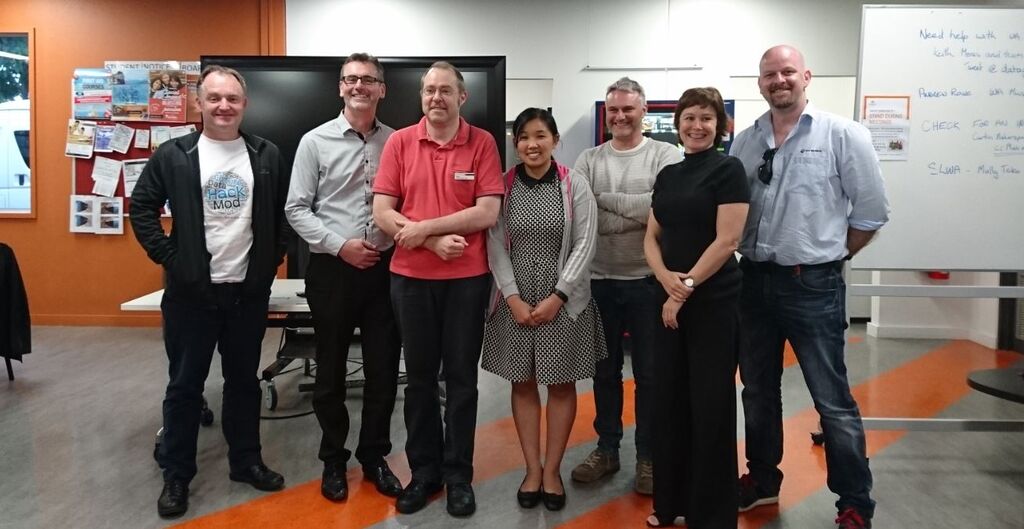 The other projects created on the day were also fabulous. Matt Robinson (University Library) developed an iPhone app called “Kip” to allow browsing of John Curtin Prime Ministerial Library images. Michael Wiebrands (external IT professional/developer) and Sebastian Becker (Curtin University student) created a VR experience using Unity 3D and the HTC Vive which explored Jon Sanders triple circumnavigation of the globe. Using the VR headset we were able to watch Jon Sanders travel across the globe from space or zoom down to the ocean to experience being on the boat itself. Rebecca Lange (Office of the PVC Science and Engineering) created a shiny app to access the Trove API and download the data as a csv. Whilst Carol Iggleston (School of Media, Culture and Creative Arts) and Fiona Logan (Curtin University student) created sand-art and derived digital images from it as an exploration of the intersection between the physical and the digital.

It was a fantastic day, and I’d like to thank those in the Library who supported the event in so many ways – Janice Chan and Karen Miller for all their hard work on the organising team (along with myself, Lise Summers and Erik Champion), Sara Culverhouse for helping out with promotion and certificates, Matt Robinson for developing a great project, and Matthias Liffers for coming along on the day to assist as a data mentor. Much appreciation goes out to Scitech and CIC for providing some wonderful prizes, too. And, of course, all of our data mentors and judges who took the time out of their busy schedules to be involved in our event. Thank you also to those who came by to check it out! If you missed it, here are some photos from the event.