Using Kinect with Minecraft at the HIVE Summer Intern Showcase 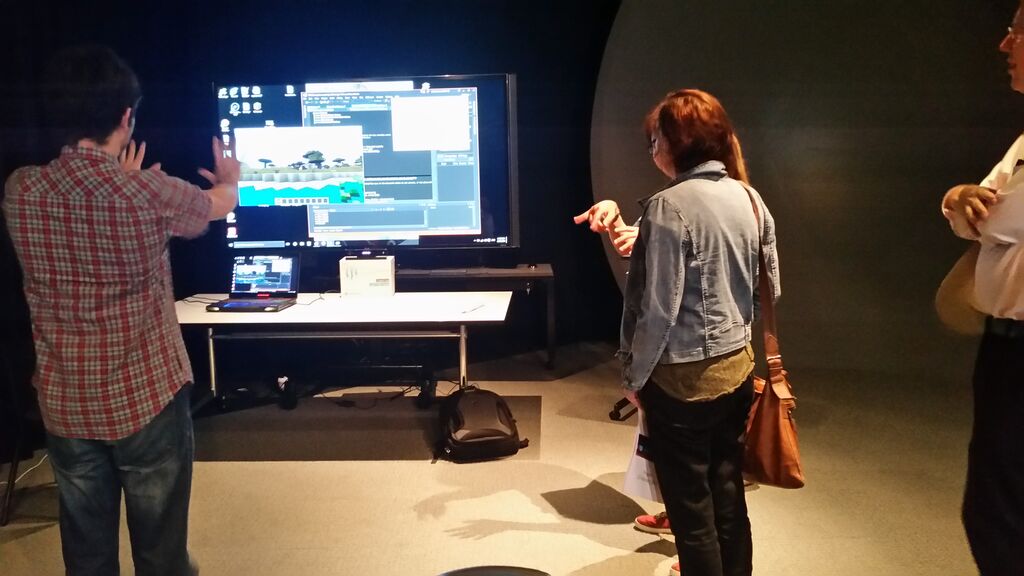 On Tuesday 23rd February, the Curtin Hub for Immersive Visualisation and eResearch (HIVE)* hosted its inaugural Summer Intern Showcase. The eight interns presented an overview of their projects [PDF, 347kB] and followed up with live demonstrations on the HIVE displays.

The HIVE Summer Internships gave Curtin students the chance to acquire invaluable research project experience on visualization-related topics. The interns, who were supervised by leading researchers, received a scholarship to work on their projects over ten weeks and had the opportunity to utilise the state of the art visualization systems provided by the Curtin HIVE. In turn, both supervisors and sponsors could also take advantage of the chance to examine new methods and technologies for their own research areas.

Minecraft is an extremely popular sandbox video game which involves placing textured cubes to create and build constructions, objects and environments. The player must dig (‘mine’) and build (‘craft’) a variety of 3D blocks within a large ‘world’ of landscapes. MinecraftEdu is a special version of Minecraft for educators, which has great potential for the teaching and learning environment.

Through the work done on this project, the Curtin Library Makerspace aims to provide an immersive space using the Kinect 2 and MinecraftEDU software. To enable participation, this environment could be projected onto a wall, for example in the Curtin Library Makerspace area where library visitors can engage in learning activities. One example of a learning outcome could be understanding the basic concepts of programming using ComputerCraft, a MinecraftEDU mod.

Jaiyi’s project involved writing a Kinect application in C# which detects the gestures made by the player/s and formulates a corresponding keyboard stroke to these motions. This enables players to fully interact with a virtual Minecraft world in a new and exciting way, through their movement. The project, which was successfully demonstrated at the showcase, has now laid the foundation for future development. In fact, Jaiyi will be continuing to collaborate with the Curtin Makers team on this very thing!

If are interested in being involved in this or a related project, then please get in touch – We’d love to hear from you!

If you would like to find out more about the HIVE summer internship, which is likely to be run again toward the end of 2016, contact the HIVE.
*The Curtin HIVE is located within the John Curtin Gallery, Building 200A.