Reflections on our ‘pop-up’ makerspace 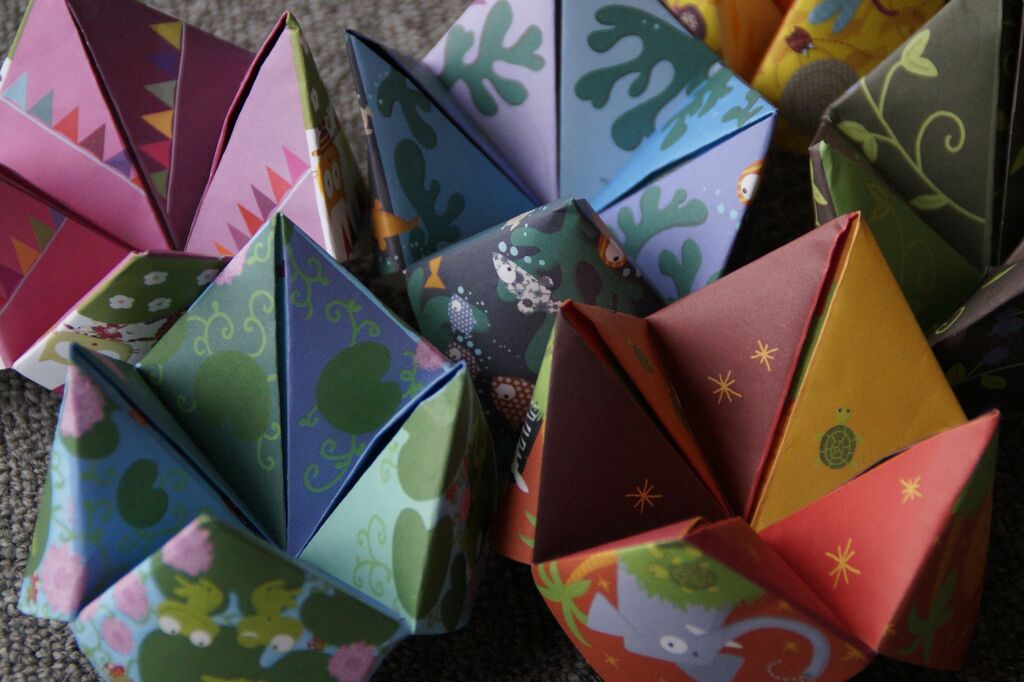 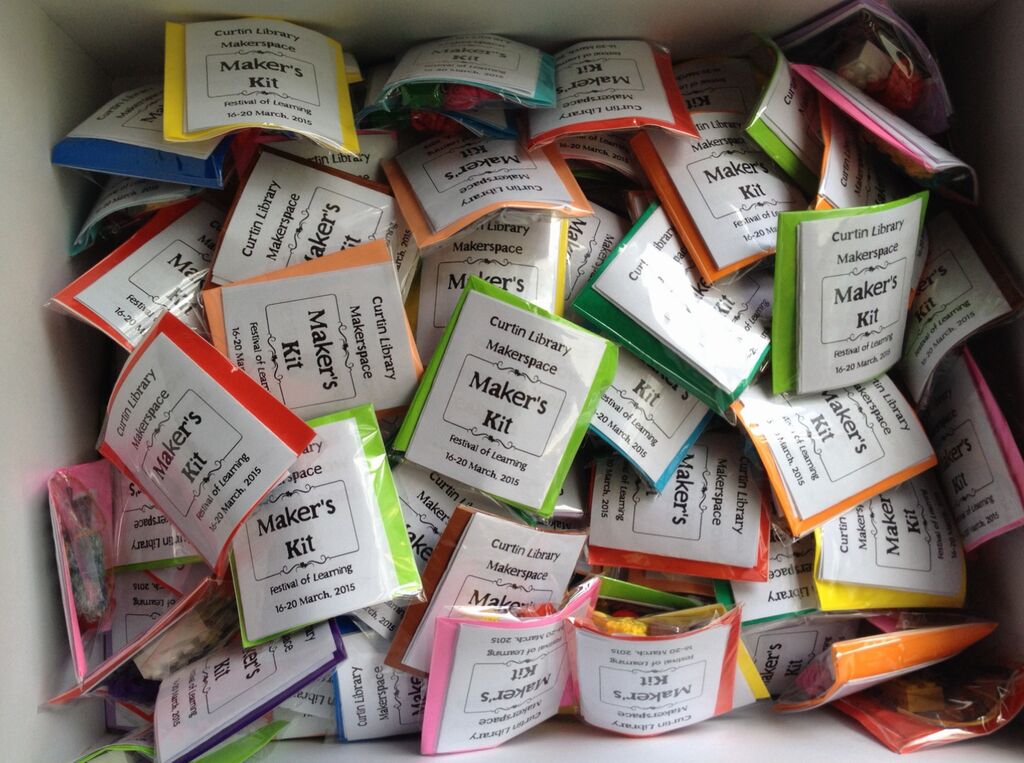 In March this year Curtin Library ran a week-long ‘pop-up’ makerspace which kick-started a project to establish a more permanent makerspace in the library.

Initially, we intended to make a small contribution to our institution’s annual Festival of Learning, by borrowing a 3D printer and 3D scanner, setting them up and then exchange some thoughts about a library makerspace with a few interested people who happened along. Before too long the idea had snowballed and we found ourselves organising a temporary “pop-up” makerspace in the library and running a variety of activities and events throughout the whole week of the Festival.

We set up the pop-up makerspace in the well-trafficked lounge area of the library. Using an adjacent group study room to house the digital equipment, we also cordoned off half of the lounge area with a permeable barrier for the more ‘low tech’ activities. We were open for visitors from around 9.00 – 4.30 each day, and had about ten self-directed activities available that people could come and participate in at any time. Each day we also ran one or two hands-on workshops on origami, augmented reality, Arduino, coding, and data visualization, and facilitated ‘meetup’ discussion sessions on various maker-space related topics including STEAM education, connected learning, robotics, and transmedia storytelling. 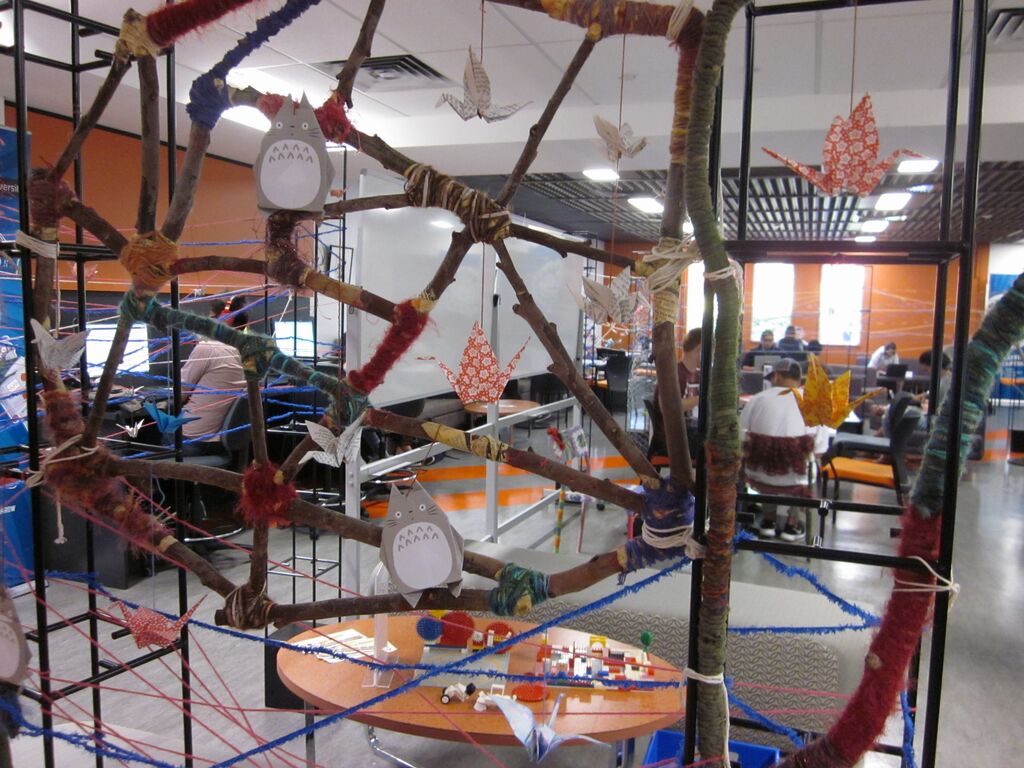 Some of the more ‘low tech’ activities included knitting, crocheting, weaving and yarn-bombing the makerspace. We also had a ‘data visualisation’ sculpture activity, where people could choose a particular colour (with each colour representing a different making ‘verb’), make an origami crane in that colour, and then add it to a wire framework to create an origami crane sculpture. People were also able to make mandalas, jewellery and lego structures, and interact with an augmented reality display, (featuring different augmented reality apps like Aurasma and 4D elements), using their mobile device.

Having these activities available in the open lounge area meant it was easy for people to drift in, sit down and start engaging in the activities, either alone or with friends. We observed people coming in on their own and then start talking to someone else who was also doing the activity – what a great way to connect with others! As the library is now open 24/7 we left these activities out overnight and would return in the morning, delighted to find new origami creations scattered about, a creative reconfiguration of the lego structure, or another branch of our tree ‘yarn bombed’.

We came to realize that this “open” aspect of the makerspace had an important function – it acted as a comfortable “transitionary” or “buffer” zone to the more “high tech”-focussed space in the smaller study room, allowing people to be curious and observe the digital activities within the room, without having to fully engage with them. 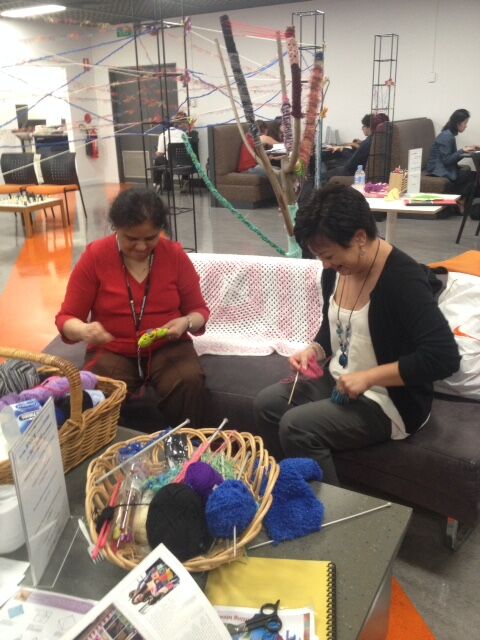 In the study room we had a 3D printing running, a 3D doodler pen to try out, a 3D scanner (Structure Sensor), a Google cardboard augmented reality viewer, a few Arduino starter kits, and some display items including a fabulous 3D printed robot.

An interesting observation was that while the Arduino / coding workshop was very popular, people tended not to tinker with the starter kits on their own. This indicated to us that, although there is a lot of interest, there are some entry barriers to accessing this learning. It was similar with the other technologically-oriented activities like augmented reality, virtual reality and 3D scanning – we found that they were not particularly “accessible”. In general, we had to encourage people to try them out, thus highlighting the importance of personal connections and engagement.

We had some fun with a green screen which we set up in the lounge area. This was a last-minute inclusion so wasn’t promoted or heavily used by visitors to the space, however it did become a popular activity with library staff. In fact, the makerspace in general proved a great opportunity to connect and engage with our library colleagues in different ways and to discover hidden talents, skills and experience. For example, we discovered that we had talented folk in our midst who could do awesome origami, beading, paper flower-making and yarn bombing, or who knew a lot about electronics, virtual reality, and data visualization. And who were willing to share! 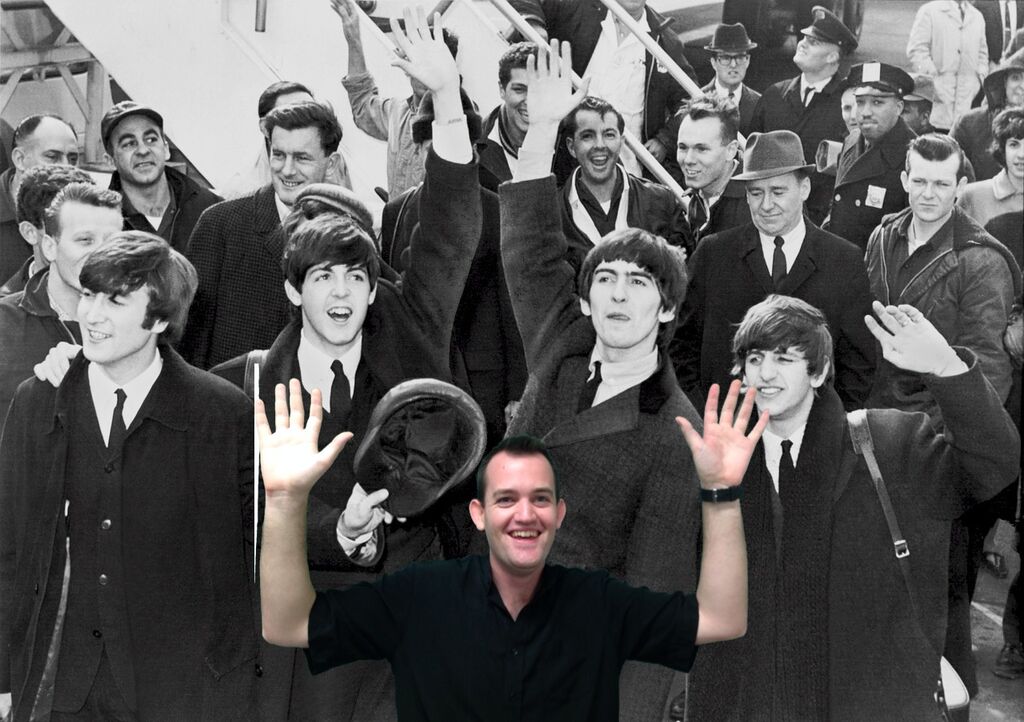 For me, the most exciting thing about the week was not only seeing so many people using the space and participating in the activities, but the many conversations that we had; the makerspace brought people together who would never normally meet, and the conversations often happened as a by-product of the making, which in turn generated a lot of energy, interest and excitement.

It was wonderful to see people from many different disciplines, and all levels of the university – students, researchers, academics and general staff – come together to talk and share ideas together. A lot of “makers” came out of the woodwork, but we also met many people who didn’t know what a makerspace was but were interested in learning more and getting involved. We also used the opportunity to strengthen our connections with existing maker-space related programs within the university.

Along with those who expressed their interest in the makerspace were others who were simply content to spend some time relaxing in a creative environment. This was evident not only from observing the use of the space, but through the feedback we received via sticky notes on the whiteboard we set up for that purpose. Some comments were: “Awesome! You should do this during exam week”; “Creative and colourful”; “Stress-relieving!”; “Neat idea – should have its own room” “Great fun!” “I want it to happen more often”. Someone posted on the library blog “Could we have this again later this year? Doing craft is a great way to chill out after studying!” 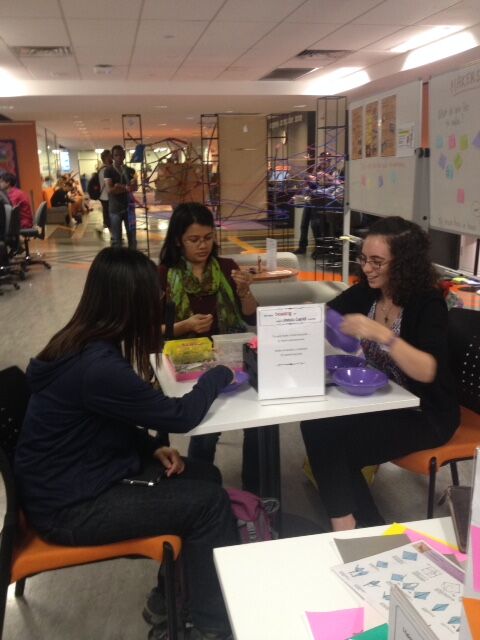 It seemed that everyone who passed by was interested in, if not fascinated by, the 3D printer. However, we also encountered many specific examples of where a library makerspace would meet an existing need: An education student had bought herself a raspberry pi, and wanted to be able to connect with others to learn how to use it in her teaching work. An agribusiness researcher wanted to develop an arduino-based hydropress and would greatly benefit from sharing ideas and skills. A lecturer felt there was a need for a space where his students could experiment and play with relevant digital technologies that was supplementary to their coursework. A PhD student wanted to be able to connect and share knowledge and experience around digital humanities tools.

As part of a wider Festival of Learning event, the Twitter and Instagram hashtag #curtinfol received a healthy proportion of makerspace-related posts. Our university marketing team dropped by a few times to take some film footage of the space and activities to add to a Festival highlights video, and also put together a segment on the makerspace, including interviews with library staff. You can view both of these here.

Now, moving forward with our aim to establish a more permanent makerspace in the library, we have generated a lot of ideas and made a lot of connections, constituting the beginning of a vibrant makerspace community. It is clear that there is a real need for a makerspace at Curtin, that there is a lot of enthusiasm and support for it from within the academic and student community, and that the library is the right organization to meet this need.

Acknowledgement: Green screen image of the Beatles is public domain from pixabay.com